Fundamental Skills actually place the student and parent (or other adult) in the stories, with speaking and animation!

I love the fact that Speech Kingdom uses voice-over actors who are on the autism spectrum and use a professional recording studio! Real voices model real prosody. 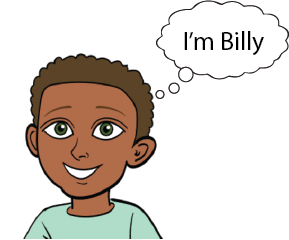 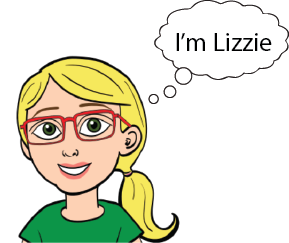 As far as I know, this feature is unique to Speech Kingdom. The student and the parent make a cartoon version of themselves (avatars). This helps students identify with the lessons on a very personal level. Every student I have ever worked with identifies their avatar as themself.

The bond that the student makes with their avatar has been shown to increase attention, lower stress levels, and increase retention.

The student's avatar appears in every scene. Characters refer to them by their first name. It is important to use the name the student most often uses.

Remember that this may not be the their formal name. If the student's name is William but everyone calls him Billy, then his avatar's first name should be Billy. This helps the student identify with their avatar.

A natural phenomenon takes place when the student sees themselves in the story. They identify and pay attention to what is happening in the story. Creating an avatar of themself and their parent (or other adult) creates a concrete bond between the student and the stories. This immensely increases each story's effectiveness.

My Son's Story and the Power of the Avatar

The best example I have of this phenomenon is with Speech Kingdom and my own son, who has high functioning autism.

He was aware that I was piloting Speech Kingdom. After creating his and my avatars, I asked if he would take a look at the program. I prompted him to look at a few things I knew he struggled with and he very quietly looked at several Fundamental Skills.

I asked, "So what do you think?" His response was, "Did these people put a camera in my bedroom?" I reassured him that no one was spying on him!

I call this response, The power of the avatar!